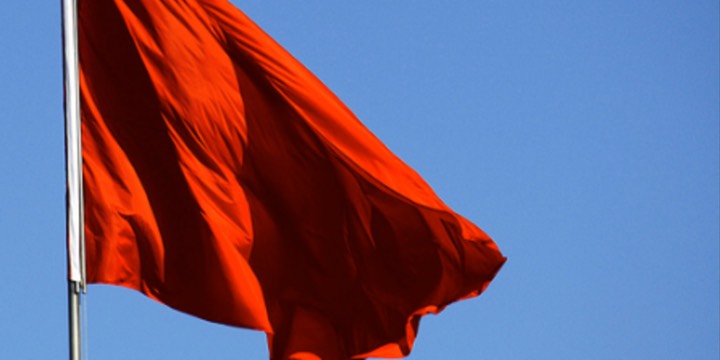 It’s only appropriate that the recently-signed House Bill 1177 has been dubbed the “Red Flag” bill after over 35 Colorado counties and dozens of Colorado sheriffs have come out against the legislation for both being unconstitutional and/or an unnecessary risk to the safety of their officers.

Simply put, it has raised quite a few red flags.

With Governor Jared Polis’ signature, the idea of due process has suffered a massive blow in the State of Colorado, and with 95% Democrats and 0% of Republicans in the Colorado General Assembly supporting the legislation, it is one of the most partisan versions of extreme risk protection order legislation to find its way into any state’s law books. This is unfortunate, as there seemed to be many avenues that could have brought both sides together to assist those in our state with mental health issues, such as the amendment that Senator Jerry Sonnenberg (R-Sterling) brought to the Senate floor.

Sonnenberg’s amendment would have modified House Bill 1177’s focus to the individual in crisis, and not the firearms, by allowing the individual to be put into custody for mental evaluation. Senate Democrats killed the amendment, with even Senator Lois Court (D-Denver) proclaiming that the bill “is about removing firearms from people who are in danger of hurting themselves or others,” and not specifically about mental health issues.

The bill that was signed on Friday may, on its face, seem like a step forward, but the devil is in the details. In order to obtain the initial extreme risk protection order, one must simply prove by a “preponderance of the evidence” (the lowest possible standard of evidence) that the individual is a risk to themselves or others, and they do so during an ex parte hearing, which is legal lingo for being done without the accused present or able to state their case.

To top it off, the accused must then prove by “clear and convincing evidence” (a higher standard than preponderance of the evidence) that they are not a risk and that their firearms should be returned to them.

In effect, if you’re accused of being a risk, you may be guilty until proven innocent, and you may not even be accused of committing, or planning to commit a crime.

House Bill 1177 is in direct contradiction to the 4th Amendment of the United States Constitution, which states that “The right of the people to be secure in their persons, houses, papers, and effects, against unreasonable searches and seizures, shall not be violated, and no Warrants shall issue, but upon probable cause, supported by oath or affirmation, and particularly describing the place to be searched, and the persons or things to be seized.”

Governor Polis should have vetoed House Bill 1177, because as Senator Don Coram (R-Montrose) said best on the Senate floor, “the constitution is not a buffet, you do not get to pick which amendment you like.”